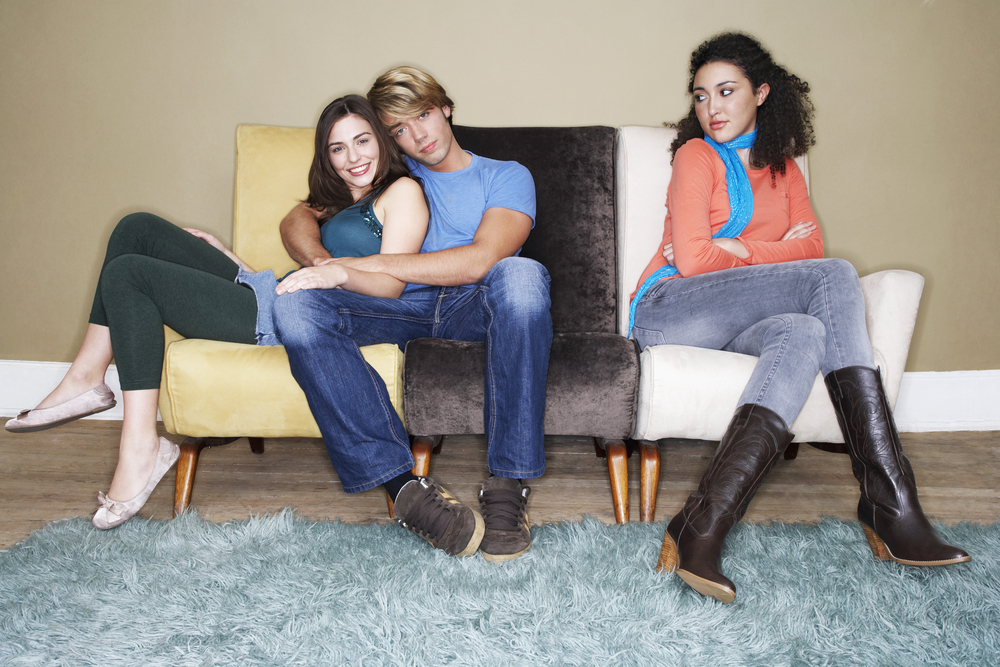 So, it’s come to that time where you’re best friend finds a boyfriend. It can be a very emotional and difficult time that will either make or break your friendship. However, it all depends on the way you deal with it. Getting used to the fact that she’s probably going to be spending a lot of time with this new guy, and you’re going to be feeling a little left out and lonely, is the first step in handling the situation. But it doesn’t have to mean that you’ll never see her again. Staying close with your best friend may need some adjusting, but it’s not impossible!

You love your best friend so, of course, you want to see her happy, but does she have to be SO happy? She’s grinning and walking around with her head in the clouds. Every time she opens her mouth it’s to utter his or her name (which you’re really beginning to detest). And you don’t know how many more times you can bear to listen to her talk about just how funny/clever/gorge he is. But before you go off on one and tell her to shut up already about him, remember that a big part of being a good best friend is listening, through the good times and the bad. She’s just in the first flushes of her first love and it’s a very exciting time for her that you should be a part of. After all, who else is she going to talk to about it? Her mum, your history teacher, the local shopkeeper? No, we didn’t think so. Be there for her and then tell her what she needs to hear that he’s a lovely guy (unless you have a real reason to believe he’s not), that’s they’re perfect together and that you’re really happy for her. While it may last only four months, it could also last four years, and she’ll thank you for your understanding no matter how long they’re together.

Your best friend is starting to feel a little guilty about neglecting you so much that she asks if you want to go to the cinema. You jump at the chance – finally, you’ll get to hang out together – until she also tells you that HE’LL be there as well! Resist the urge to throw a huge tantrum and declare that if he’s going, you’re not. She’s not being greedy or selfish, and she’s not trying to rub your nose in her happiness. This is her way of trying to please you both. Go along, and try not to strangle the two of them as they stare lovingly into each other’s eyes (instead of watching the movie). Try to look like you’re having a good time, even if you’d rather stick needles in your eyes than talk to him. You won’t realise how happy it will make your bestie feel to think that two of her favourite people are finally starting to get on.

Just remember that three is usually a crowd and if you start tagging along to all their dates, not only will you look like a third wheel, the new boyf will soon get the picture and it will start to go downhill rapidly. But this doesn’t mean staying in every Saturday night like Billie No Mates. Now is the time to make new friends and hang out with fellow single girls. You never know, you might even start enjoying yourself!

Could this be love?

Oh no! You’ve been hoping against hope that the new guy is a passing infatuation. As soon as your best friend comes to her senses (it should be anytime soon now), shouldn’t it? And realises that she doesn’t actually like him, she’ll come running back to you. You’ll be her shoulder to cry on and, once she stops sobbing everyone will be happy. But before you know it, you realise you hardly ever chat anymore (because she is always with him!) and you’re only seeing her once a month. Your worst fears are confirmed when she tells you she loves him. So where does that leave you, eh? Cast aside! Dumped! Unfortunately, because she’s blinded by love, she can’t actually see how much she’s hurting. Sit her down and tell her how you’re feeling. If you don’t you’ll only begin to resent the relationship, and him, and before you know it your friendship will be in tatters. Work together on rebuilding your friendship. It might be as simple as setting aside one day a week to spend together. Every relationship in life is about compromise, so keep to your friendship strong both of you will need to make a few sacrifices.

Too good to be true?

Okay, so what if you’ve managed to get your head around the idea that your best mate is bonkers about her new boy, and then you find out all is not what it seems? You hear on the grapevine that he’s a pretty dodgy guy who cheats on his girlfriends or hangs out with a pack of losers. Of course you want to tell her immediately. But hang on a second. Before you race over to her house and blurt out the whole sorry tale, remember she probably won’t take the news well. Your good intentions could look more like sour grapes and she’ll resent you for being the one to tell her that the love of her life is 100% sure that it’s true first. Get evidence if you have to. Don’t embellish or exaggerate anything. Once you have proof, sit her down and tell her what you know. Don’t demand that she break up with him, don’t start badmouthing him and never say that you didn’t like him or that “you told her so”. Words like this will always come back to haunt you. But, hopefully for you friend’s sake, the rumours turn out to be untrue. If this is the case, do not UNDER ANY CIRCUMSTANCES, be tempted to even hint you may have heard something. If your best friend thinks for a second that you’re being malicious or jealous there will be hell to pay, and you’ll be sorry.

Get used to it

If you’ve been wasting time counting down the days until your best friend and her boyfriend break-up, stop it now. Who says they will ever split? You’ll only send yourself around the bend obsessing about something you have absolutely no control over. If your friend cares so much about your friendship as you do, she’ll soon realise that she’s got an effort to make as well. But if she’s really not pulling her weight then you might need to have a good long think about whether you really want her as a best friend. Girls like this haven’t figured out yet (and some never do) that while guys might come and go your friends are forever!