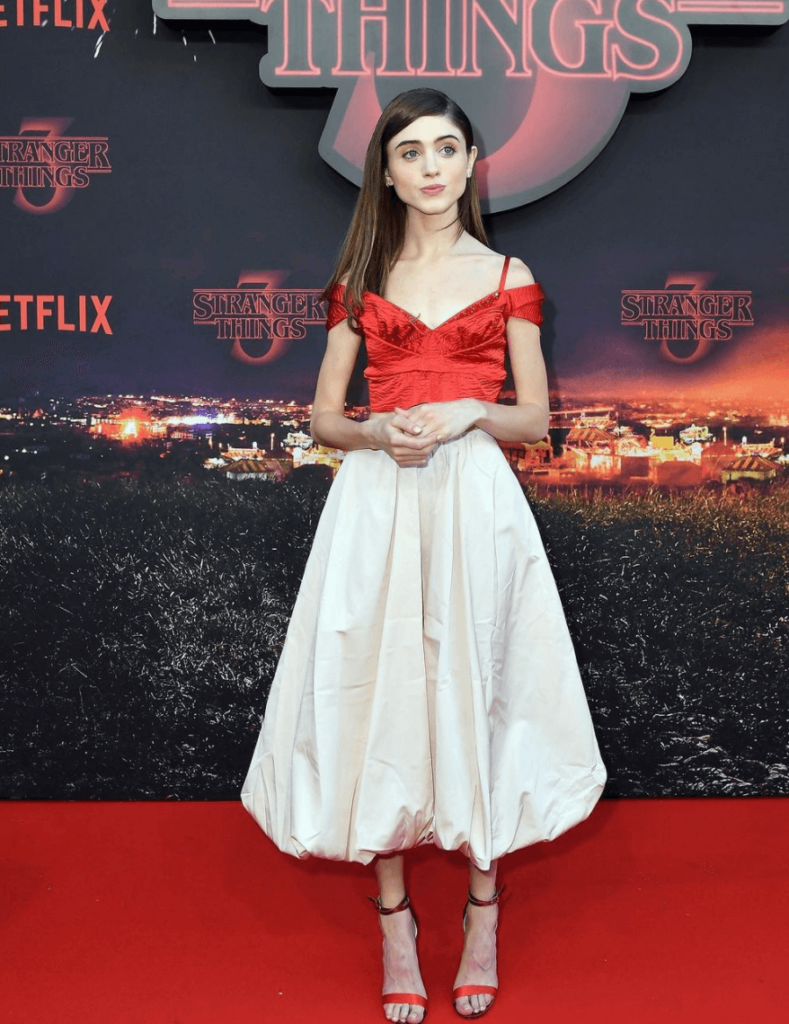 Stranger Things star Natalie Dyer has opened up on why she doesn’t post on Instagram that often, explaining that it causes her too much anxiety.

After her massive breakthrough role as Nancy Wheeler on the hit Netflix show, Natalie has 6 million followers, but she has only posted on Instagram twice this year, and less than 100 posts overall.

In a recent interview with ELLE, Natalie explained that she doesn’t use the platform that much for the sake of her mental health.

“I really don’t find social media easy. Almost increasingly so,” she said. “Everybody’s different and some people are very good at it. And some people really enjoy it.

“For me, it kind of just seems like a lot of anxiety and asks a lot. I’ve always been very private,” she added.

Even before her Stranger Things role, Natalie explained that she didn’t use Instagram even then, adding that she had “maybe three followers” on Instagram.

“It’s almost expected of the ‘celebrity’ to have it and engage and it’s just counterintuitive to my nature.”

Natalie continued, saying, “Sometimes there are times I really get into it, and then there are times like during this whole year where it’s been very nice to not be there except for certain moments where I just want to be clear on where I stand and what I think.”

In other Stranger Things news, producer Shawn Levy has revealed that season four will be the best yet. As if we weren’t already looking forward to it enough?

Read Next: Dash & Lily’s Real Ages May Surprise You