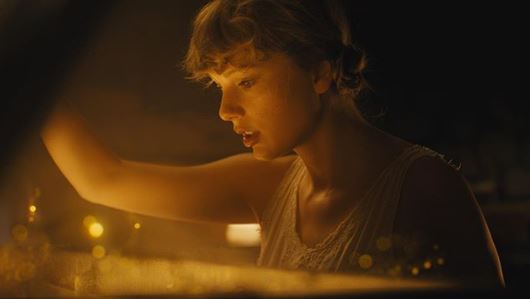 Whether you’re a Taylor stan, just like her music, or aren’t even a fan at all, you’ve no doubt heard about Folklore, T-Swift’s new album.

Taylor’s got a loyal army of fans and each and every one of them have rightly been freaking out over her surprise album drop.

From some instantly popular hits to a new era of for the singer, including black and white ethereal themes and very cool merch, we’ve been getting lots of Taylor all over social media for the last week.

So, imagine being one of Taylor’s biggest fans and not know about Folklore dropping last week.

One twitter user named Delphine tweeted that she was going offline for two weeks and joked about Taylor doing anything ‘big’ while she was off her phone.

“Oomfs, I’ve already tweeted about this before but I will be without my phone or any wifi the next two weeks,” @seeitinmymind said: “If Taylor decides to do something big please yell at me in my dm’s and don’t unfollow me for inactivity.”

Of course, Taylor did something VERY big, which led to the tweet going viral.

Fellow fans freaked out wondering how to tell her… 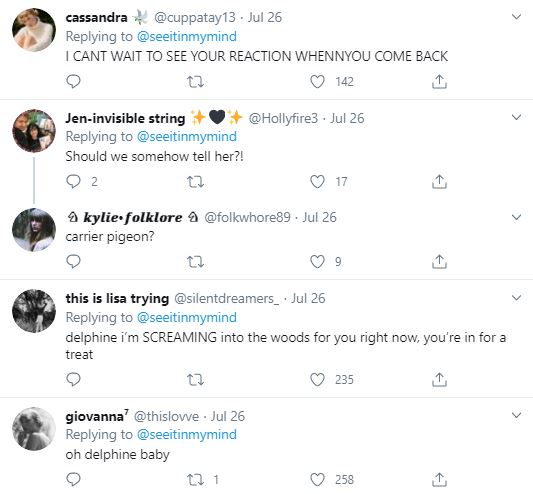 While others pointed out that she was at camp meaning she was probably surrounded by forests and trees and would be able to create prime Folklore content.

Just imagine her twitter notifications when she turned got wifi again.

There’s a positive ending to all of this though, as last night Delphine came back online…

And who better to welcome her back than Taylor herself.

Welcome back from your trip! We are all somber woodland fairies now. Feel free to grab a wicker basket and join us! 🧚‍♀️ 🧚‍♂️😄

So now she knows, and all is right with the world.