Season 3 of Too Hot To Handle is set to land this month and the stakes are even higher than before.

We’ve already introduced you to the 2022 cast who arrive in the villa for a loved up getaway. But with Lana watching, will this wild cast be able to stick to the rules and abstain from any kind of romancing with fellow cast members? All in order to form meaningful connections, and keep that prize money?

The pressure is on too, because this season there is a twist, with the biggest prize fund on offer, ever.

This year’s winnings will being *doubled*, which means a whopping $200,000 is up for grabs by the winners.

The trailer was released this week where we got a better look at the contestants competing for love, and that top prize.

ICYMI, here are the 10 contestants joining the new season. 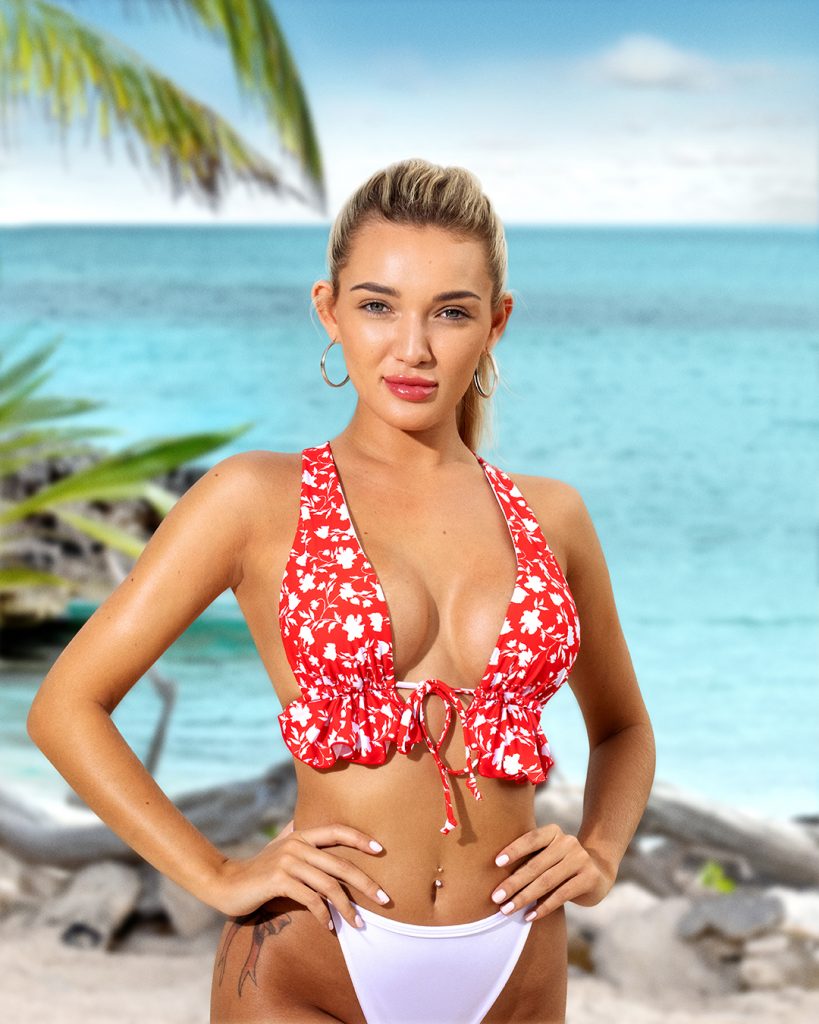 Legal secretary Beaux was born in London, lives in Kent, but has all the glamour of an Essex girl! This cockney Elle Woods loves pulling out all the stops to catch a guy’s attention and ensure all eyes are on her! She’s had more boyfriends than hot dinners and if they can’t keep up with her banter they are out the door. Beaux’s type is a cheeky chappy who can keep her entertained. She prides herself on being honest and straight to the point so how will she react when Lana reveals herself and her true intentions? 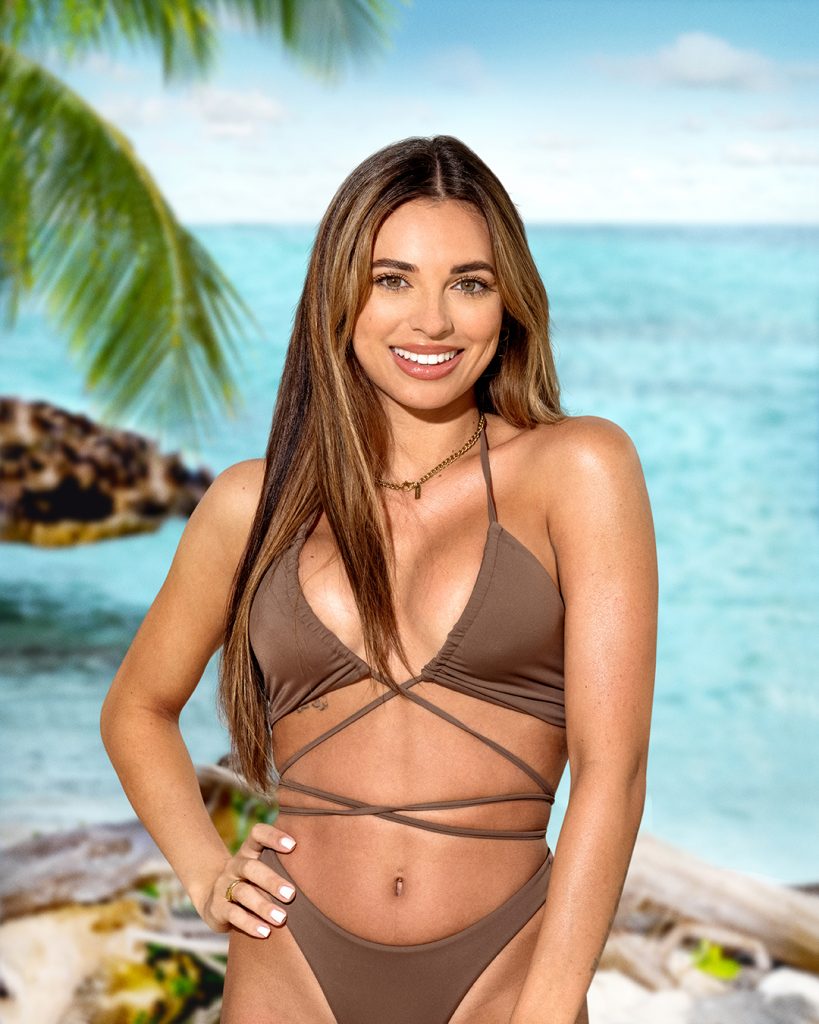 This happy go lucky Ozzie is living the single dream. A serial ‘ghoster’ Georgia gets bored easily and moves on quickly. She likes nothing more than travelling the globe where she has left a trail of broken hearts behind her. Georgia loves a bad boy and her celebrity crush is Justin Bieber – she plans on getting to know anyone with his features; Blonde, toned and tattooed. Any wannabe bad boys in the retreat better watch out for this heartbreaker. 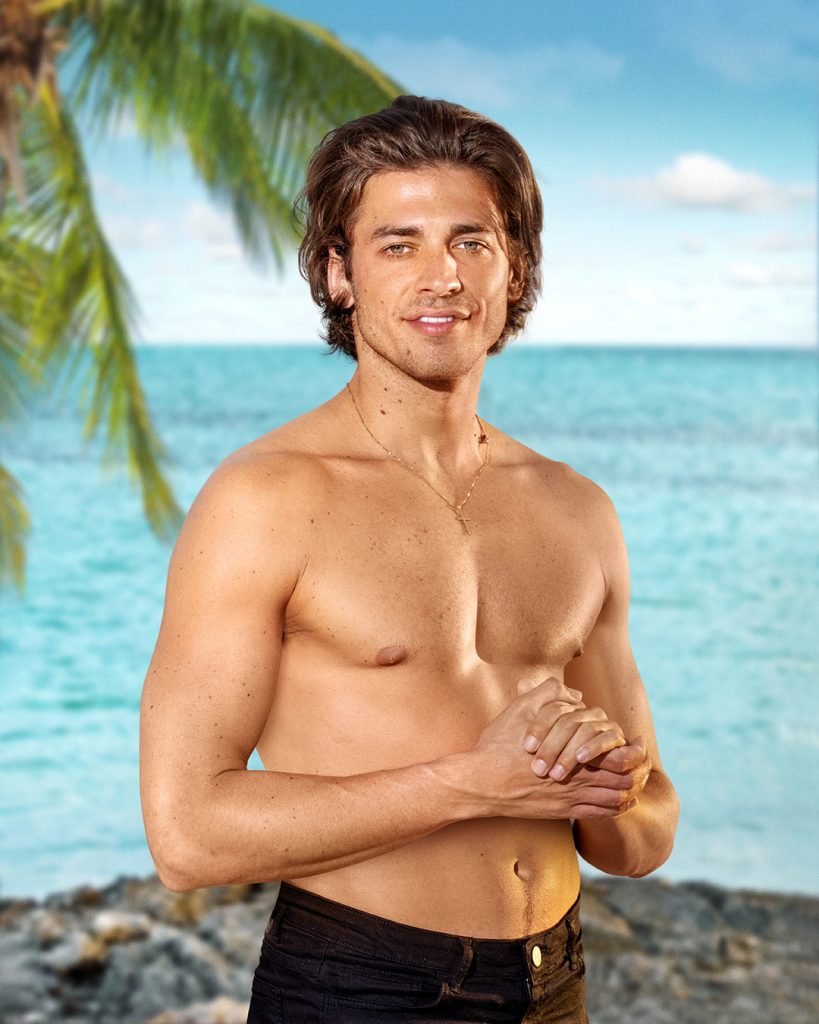 Harry’s infectious laugh and persona make him the ultimate “secret” player. Harry hails from a small village outside of Middlesbrough and as a big fish in a small pond he’s been forced to cast his net wider. A self-proclaimed Harry Styles lookalike, this fun-loving party boy has charmed the ladies around the world from Thailand to Dubai as well as doing seasons in Ayia Napa and Zante. Harry is a tree surgeon so he’s used to dealing with wood, but can he keep it under control in Lana’s retreat? 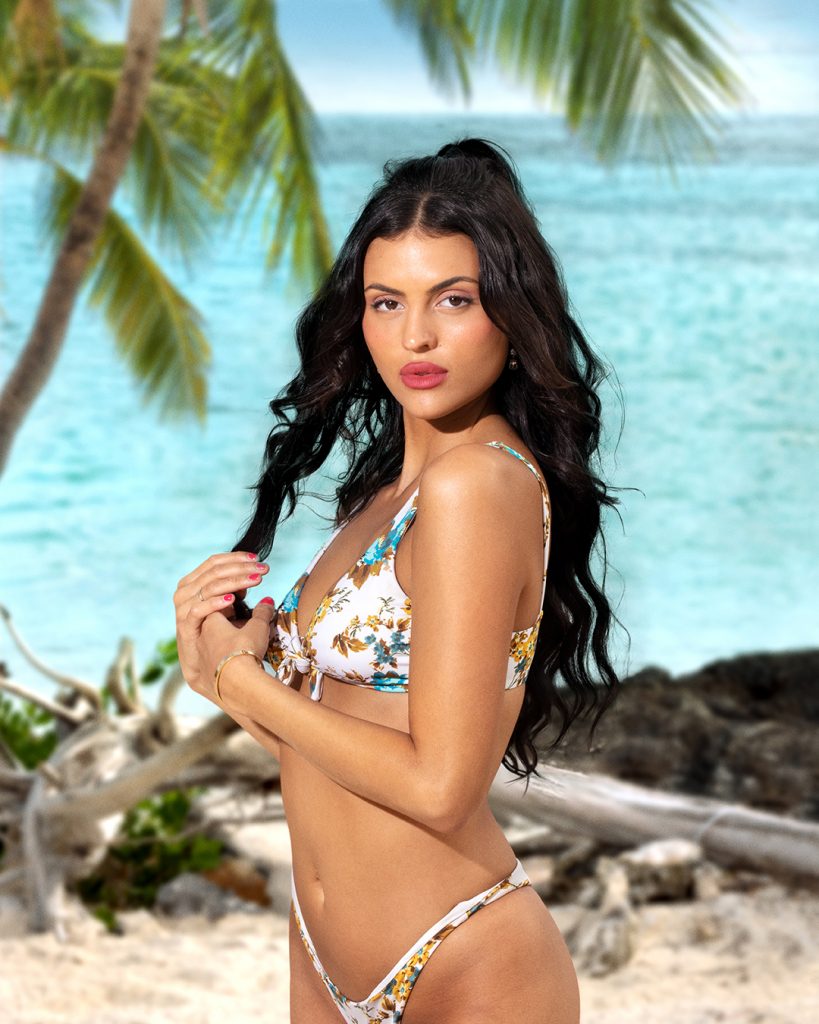 Canadian psychology student Holly is a work hard, play hard kind of gal. Although she is studying and partying at the University of Colorado her dream is to have boyfriends all over the globe. Holly is super confident and she finds relationships boring and isn’t looking to settle down any time 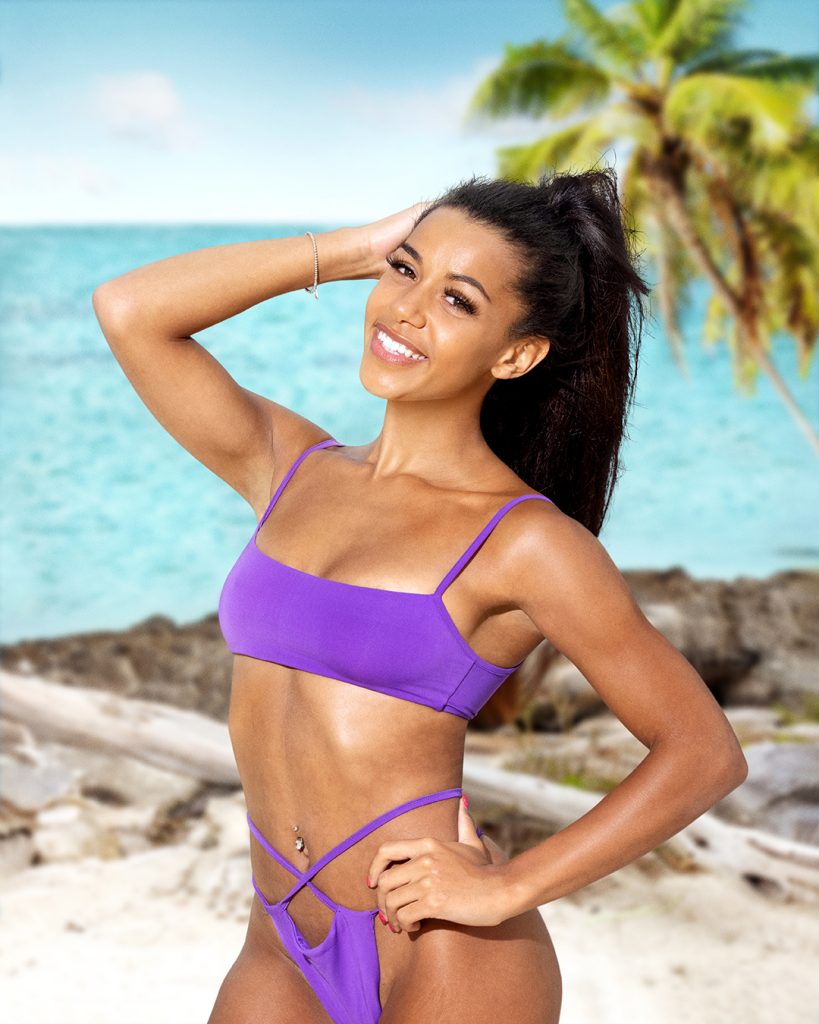 This PT from Cheltenham loves embracing single life. Rule breaking Izzy went to a boarding school and was often in trouble for sneaking off to meet boys. Sporty Izzy plays guys like she plays the hockey field and is competitive on and off the pitch. With her eye on the prize she makes it her mission to get what she wants and who she wants. Her dating life is a rollercoaster with a new man added to her rosta every week. 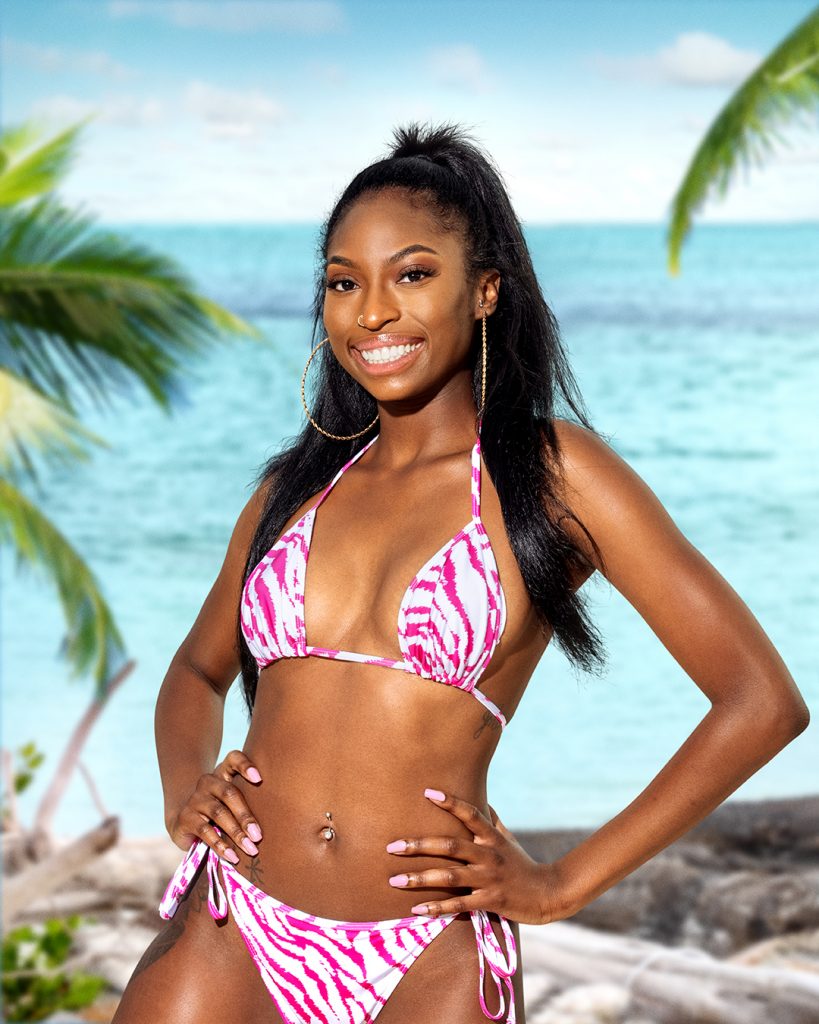 Fashion designer Jaz loves to make sure she’s dressed to the nines whether she’s going shopping or hitting the dance floor. She prefers ‘situationships’ to relationships and when things get serious, she runs away.  Her Dad was in the air force and she is a self proclaimed ‘military brat’, if she wants something she is going to get it but her standards are high so if you don’t meet them she’ll be onto the next. 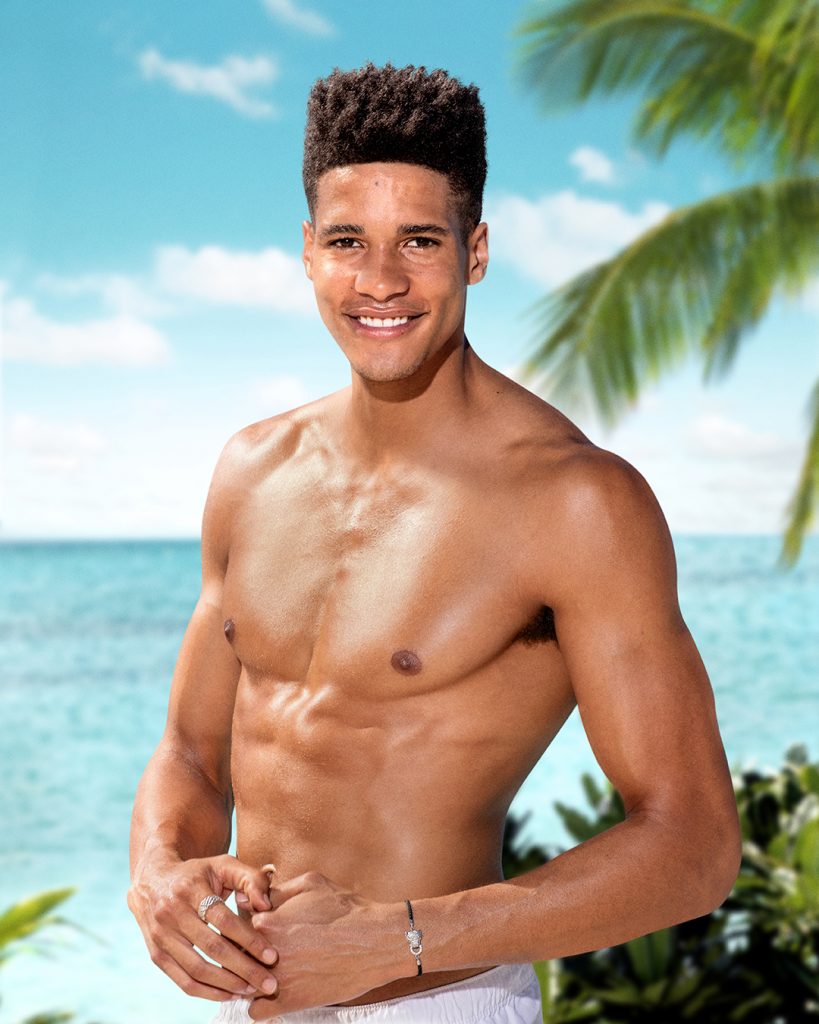 Cape Town’s most notorious party animal Nathan sweeps up the girls at every event he attends. This fun-loving, free spirit has the gift of the gab and can talk any girl into his bed. A model and a business management student Nathan has high energy levels and short attention span Nathan gets bored very easily. Nathan describes himself as an ‘international playboy’ who loves the game so he won’t be giving up his single life anytime soon – at least not without help from Lana. 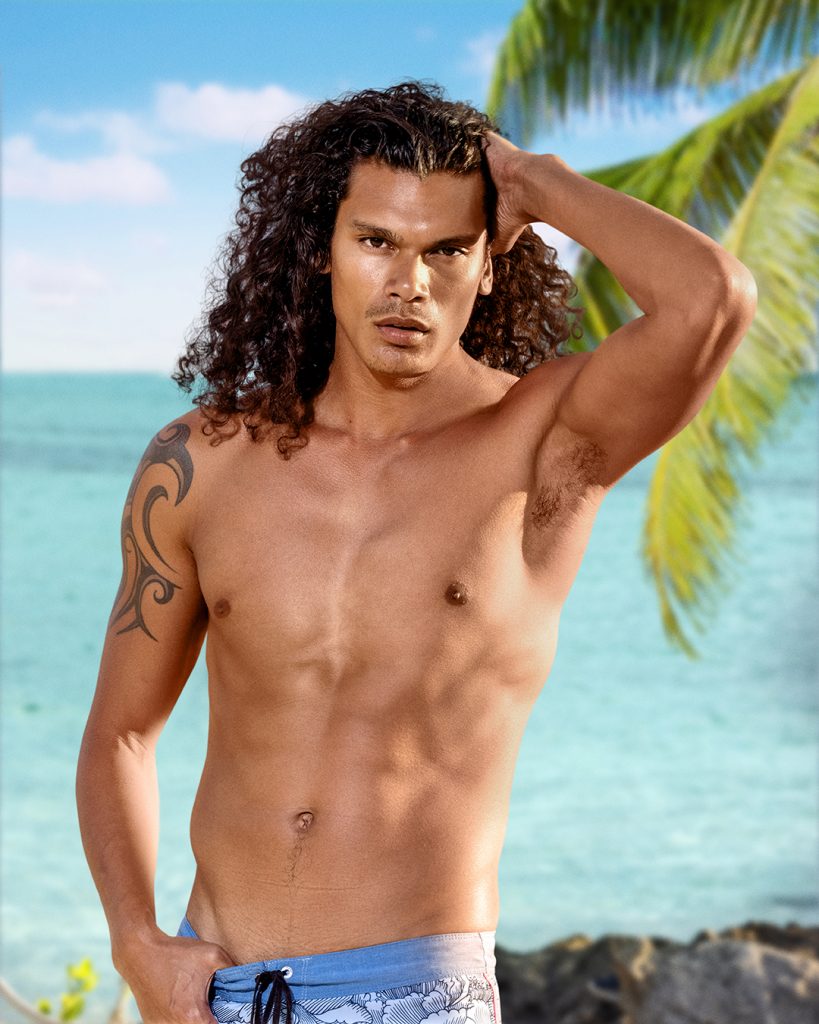 6’5 guitar playing Hawaiian hunk Patrick has a love of the outdoors as well as a love of the ladies. Patrick is more than happy to fulfil the holiday romance fantasies of any beautiful girl to visit Hawaii. He has a typical routine to give them their unforgettable dream night under the stars. However, don’t expect him to be there when you wake up in the morning. Patrick has been with girls from all over the world –  ‘I’ve been in almost every country in Europe, but I’ve never stepped foot in those places’. He has a degree in botany and believes every flower is unique just like every lady. 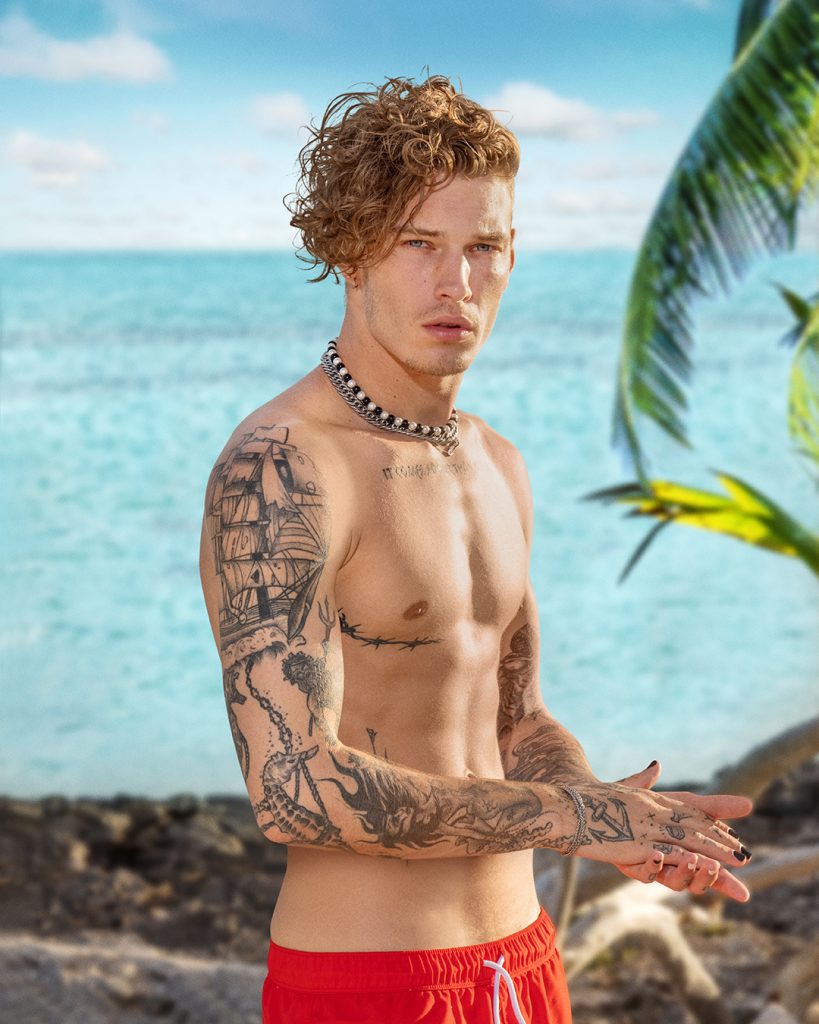 His dad wanted to call him Evan and his mum wanted to call him Steve  – please meet Stevan. This tattooed model knows how to make sure all eyes are on him. His bad boy looks and attitude have won this party boy plenty of female attention in LA. Now he is ready to open up the international market. Stev describes himself as ‘the flirtatious, loud and obnoxious one’ and says he started his player lifestyle young – he won biggest flirt at high school! 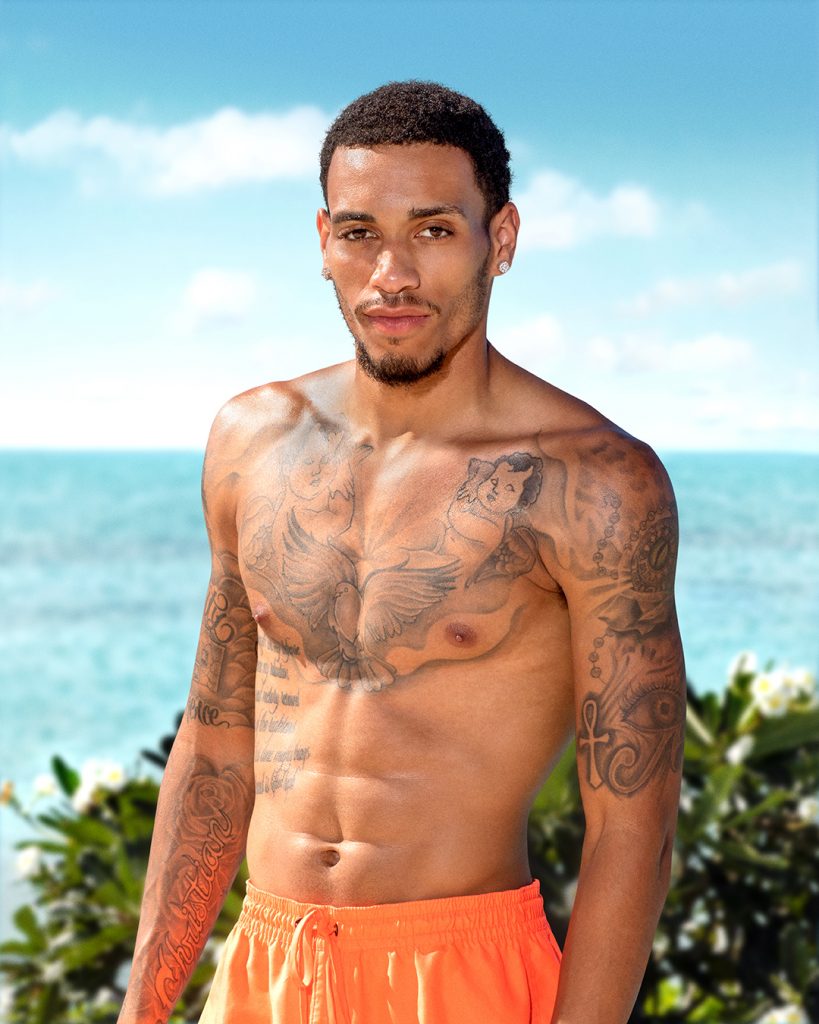 This basketball playing Texan is used to scoring on and off the court. With a tall, athletic build and a winning smile, Truth has no difficulties in securing a team of beautiful girls for his rosta. A basketball scholar and criminology student this charmer is so used to shooting his shot and being the star player, he’ll have a rude awakening when Lana introduces a brand new ball game!

Too Hot To Handle lands on Netflix on January 19th with 10 episodes coming our way.