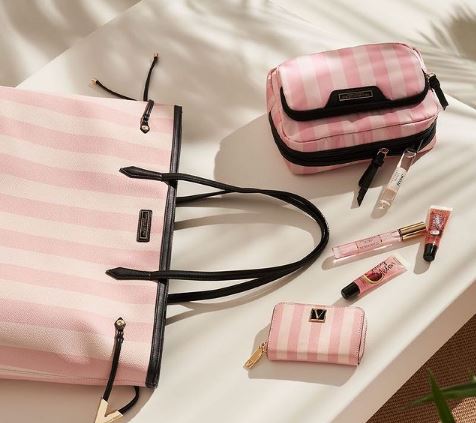 Lingerie company Victoria’s Secret is ditching their iconic ‘Angels’ models as part of a big rebranding for the business.

The news is somewhat monumental, as the amazonian models have been synonymous with the brand since the late 1990s. However, Victoria’s Secret now says that the scantily clad models are no longer ‘culturally relevant.’

Announcing the news on Wednesday, the company said that instead, they would be partnering with a group of inspirational women, from activists to entrepreneurs.

The 7 women, called the ‘founding members’ of the VS Collective include Indian actor and entrepreneur Priyanka Chopra Jonas, LGBTQI member Valentina Sampaio who was the first transgender model to grace the VS runway, and pro soccer player Megan Rapinoe, to name a few.

In an interview with the New York Times Victoria’s Secret CEO Martin Waters admitted that the angels are outdated in the 2020s, when once their sex appeal was empowering to women in the late 90s early 00s, he feels that change is due.

“In the old days, the Victoria brand had a single lens, which was called ‘sexy’” he said.

“I’ve known that we needed to change this brand for a long time, we just haven’t had the control of the company to be able to do it.”

It’s been a long time coming for the angels, as back in 2019 it was announced that their annual runway show would not be going ahead. At the time, they cited the cancellation to making plans to rebrand as they feel the show isn’t a ‘right fit’.

As much as we love to buy some body spray or leggings in VS, it’s true that the brand felt a little outdated for some time now.

The focus seemed to be about making women look as attractive as possible for men when now, more than ever, the focus is on wearing what makes us feel comfortable and confident.

It’s so important to wear what makes you comfortable and what you like, here’s hoping Victora’s Secret’s new direction helps everyone embrace that.