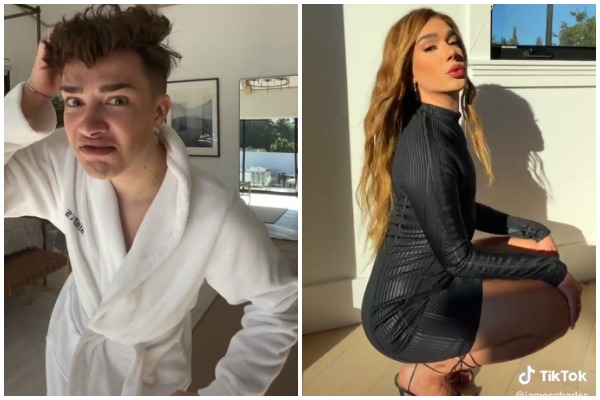 Well, it was inevitable. Less than two weeks into the New Year and we already have a TikTok trend to report on.

But, at least we’re kicking off the year strong – the ‘Buss It’ challenge has more than likely been taking over not only your FYP in recent days, but your Instagram feed too (seriously, it’s everywhere).

How did it begin?

The result of much of the world (still) being stuck in quarantine, it’s fair to say we’re all looking a little worse for wear lately, and so this viral trend has come about to give people an excuse to get their glam on. The person who began it all is unknown, but huge TikTokers have been getting involved in it as time goes on, so whoever kicked it off should be pretty proud.

How does it work?

Making the video yourself is actually pretty simple. The trend works by showing yourself in your natural state – usually in pjs or joggers, with no make-up, messy hair etc dancing to the beginning of the song. The music then slows down, with the beat dropping, during the drop you then edit yourself dropping to the floor dressed in full glam – whatever you would wear to the biggest party of the year, that’s how you should look. However, there are different variations of the trend, you don’t have to drop to the floor, but do whatever feels natural to you instead – some users have been changing up the challenge and dancing on the spot instead.

While hunkered down on your knees, you then dance for the camera, showing off the fit and those eyeshadow blending skills. However, while so many TikTok users have been sharing videos of them looking super cool and slick, transitioning with ease, some hilarious gems have come about too, showing people struggling to drop down, busting their knees in the process. You can check out some of the good and the fails below!

What is the challenge song?

The song featured in the video is Texan rapper Erica Bank’s ‘Buss it’. The song was originally released last Summer, and as you can probably guess is now already climbing the Apple iTunes charts pretty quickly all thanks to the trend. The song sampled iconic 2002 hit Nelly’s ‘Hot in Here’, which serves as the perfect intro to the Buss It challenge.

Here are some of our favourites.