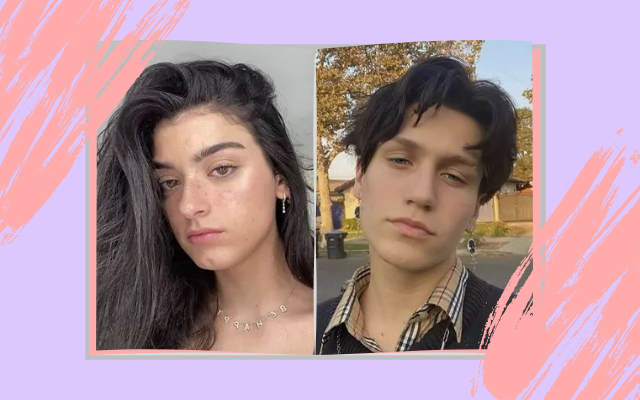 It’s been a rollercoaster of a year for the D’Amelio’s and Lil Huddy, at one point we weren’t sure if we’d ever see them in the same room again let alone guest star in each other’s YouTube videos. But it seems all has been smoothed out now with Chase (Lil Huddy) appearing as a guest on Dixie’s most recent YouTube talk show episode.

Chase has been spotted hanging around with (his ex) Charli recently and making TikToks just like they used to when they were dating.

This, of course, has fans speculating that they may be back together, although at the moment they saying they are just friends.

She even refers to the night of July 6th when a whole lot of TikTok drama happened. Ths included Charli accusing Chase of cheating on her and then Chase exposing a load of other TikTokers for cheating on their partners… YIKES.

But all was civil and Dixie even apologised to Chase for liking a comment that seemed to raise more beef about that day.

When asked what he was thinking when he exposed himself and others that list of events Chase responded: “That day was just an eventful day, a lot of things were flowing through my brain and just about everyone on social media was kind of coming for my neck, I really didn’t have anything to regret… It’s better to come clean than to lie… there’s nothing that they can say you haven’t heard already if you tell them yourself.”

what do u care

Chase opened up about the hate he gets online saying: “Once you get hit once then people just feel obligated to hit you again, and so people have always not rooted for me because of that.”

The rest of the interview was pretty light-hearted with Dixie revealing her first impression of Chase was that he was really famous, while Chase said he thought Dixie was “terrifying” at first due to her RBF and that she didn’t really say much.

He also hinted that we may be hearing some music from him in the future, saying he has made a few things but nothing to release just yet. Dixie confirmed that he has a really nice singing voice too, now THIS we are buzzing for.

And if you ever wondered where he got the name Lil Huddy from, he revealed that he has been called that since he was a baby because his dad’s nickname was Huddy. The more you know!

To see the full interview and find out who knows Charli best you can click watch below: