Makeup and beauty has always been a huge factor in young people’s lives and thanks to countless beauty brands and the rise of online influencers, it’s bigger than ever.

Whether you enjoy getting your eyebrows done, a monthly manicure or even doing a full glam look before a big day out, there is so much fun to be had with makeup. Careers in the many areas of makeup are becoming increasingly popular too, among all types of people.

Looking back to over the last few decades, when stereotypes were a huge issue in society, the people who had careers in makeup were mostly women. Now, we have a more accepting society where more and more men are expressing themselves through makeup. Some of your favourite Youtubers or TikTokers may be male MUAs, such as James Charles, Manny Mua or mmmmitchel.

It’s not just in the US and UK that men who love getting creative are using social media to express themselves.

Two Irish MUAs, Ciaran Doonan (CDMakeupp) and Aron Whelan (Aron_Mua) shared their experiences growing up as a boy interested in makeup and how they drove themselves to pursue a career they love.

Beginning to express yourself

Nobody wakes up and thinks ‘yep, my hobby is…’. Discovering your hobby can take some experimenting. Some things are a hit or a miss, but other times you can try something new and immediately fall in love with it.

For Aron Whelan, he began by robbing his mam and grandmother’s makeup when he was 14 years old. He particularly enjoyed taking concealer, lip glosses and bright blue eyeliner. Painting his face was his way of expressing himself.

“I realised that I used to enjoy makeup as not only a creative outlet, but also a way to boost my self-esteem and confidence as a young, shy, gay boy,” Aron said. 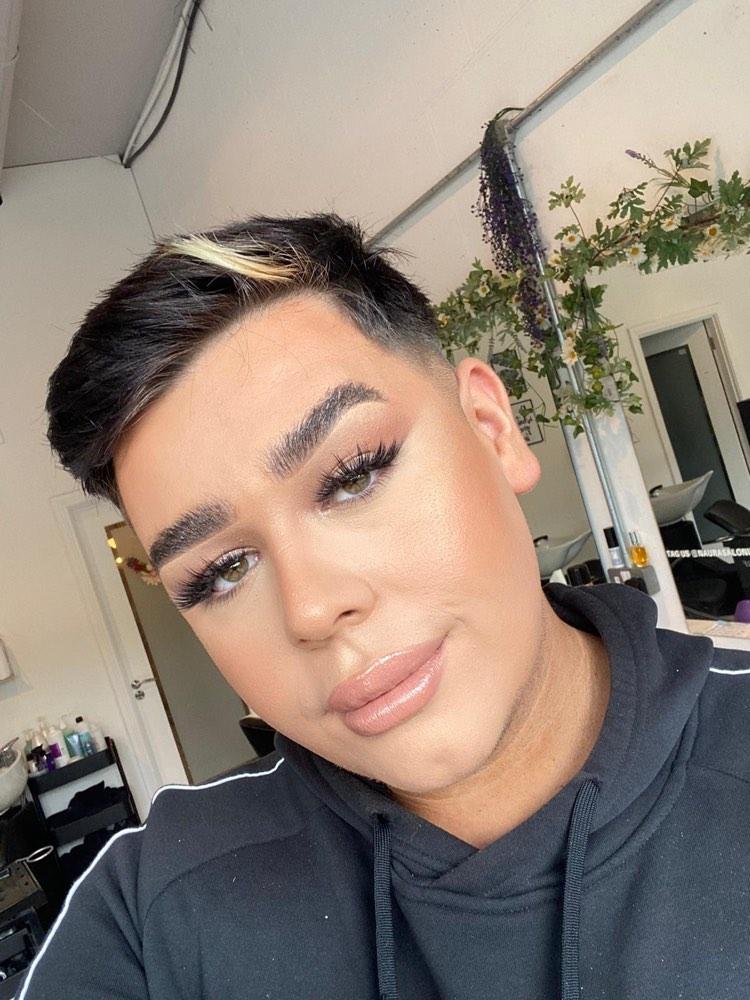 Luckily, Aron was surrounded by a supportive family who didn’t challenge or question his interests. As he grew up, his family helped to “nurture my skills as a makeup artist.”

Despite this, his school didn’t initially express the same support. People did not accept that a young boy had an interest in makeup, leading to him being bullied for this, his appearance and for being openly gay.

Aron did not let this get to him and didn’t give up or throw his love of makeup to the side. Eventually, the school community became more comfortable with how Aron expressed himself.

Ciaran Doonan only started doing makeup on himself during lockdown, his initial interest in being a makeup artist stemmed from practising makeup on his sister, who he described as his favourite model.

He was fortunate to have a supportive family, with his mother being his number one supporter. His support system has always pushed him to do the best he can do.

“I’ve always had a passion for hair and makeup,” he said, “I started practising makeup when I was 14 and I completed my ITEC courses in 2019.”

He goes on to explain how he was “obsessed” with makeup and tutorials, his favourite MUAs being Nikkie Tutorials, Shannon Grimmond, Michael Finch and Ellie Kelly. Ciaran began by practising dramatic cut creases, and now loves doing soft glam and skin makeup.

Now working as a makeup artist and a brow technician, 17-year-old Ciaran finds his job incredibly gratifying as he usually gets to be part of people’s big days, such as weddings and debs. In the future, Ciaran dreams of owning his own salon or academy and eventually creating his very own brand.

“The reason I love doing client makeovers is just making people feel so great about themselves and seeing the smile at the end is so rewarding.”

Ciaran advises any young men who are interested in pursuing a similar career to be themselves and do what makes you happy, by practising and “being the best you can be”.

Aron began taking clients at 16 years old and now works as a manager for Rhianna’s Fenty Beauty Irish chain. He also owns his own salon, where he does a lot of bridal makeovers and has his own brand.

The launch of Naura cosmetics is Aron’s proudest achievement as a makeup artist. Naura cosmetics launched in May, it is a vegan and cruelty-free brand ranging from skin and lip products.

“I would tell all young men to express themselves and be truly authentic,” he advises, “that will get you so far in the Irish industry.”

No matter your age or gender you should never be afraid to fully express who you are. Doing makeup can be extremely liberating, allowing you to showcase your creative side and individuality.