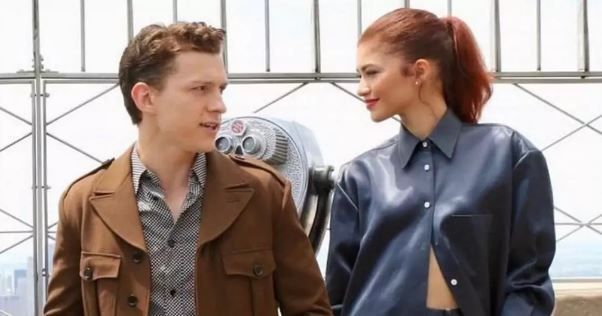 We’ve been obsessed with Zendaya and Tom Holland since they first showed up as Spider-Man and MJ.

But since they were spotted kissing over the summer, essentially confirming their relationship, we’ve been truly in love with them as a couple.

Now, Zendaya has spoken out about what she admires most about her co-star and boyfriend.

“There are many things, obviously, that I appreciate,” told InStyle.

“In an actor way, I appreciate that he really loves being Spider-Man. It’s a lot of pressure, you take on the role of a superhero wherever you go. To the little kid who walks by, you are Spider-Man. I think he handled that so well.”

“And seeing him at work, even though he’s not a Virgo, he is a perfectionist,” she said, as a Virgo herself.

She explained that she even came in on days she didn’t have scenes to film and would watch Tom work.

“Our director allowed me to come in every day [of the shoot],” she explained. “And it was cool to see how he cares so much about his work and making it right. I watched him do a fight scene all day, which is exhausting. He’d do a move, come back to the monitors, watch it, and say, ‘I can do that better.’ I’d be like, ‘Dude, you got it.’ But he wants us to be perfect, and I really appreciate that.”

Outside of his professional side, Zendaya also called Tom a “fun time.”

She added that he’s “Very charismatic.”

“[He] can make anybody feel comfortable and have a good laugh and a good chat. A good chat—I sound so British.”

It seems Tom’s Britishness is rubbing off on his GF! Cute!